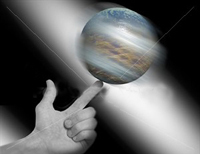 As the world seems to be spinning out of control…. As if we could ever control the earths spinning…. I have pondered a great deal about what is causing the chaos.

I decided to do some research. I began with the seven sins. All of which, at one point or another, I concluded was the straw that broke the proverbial back. I put them in alpha order.

Envy – to desire others traits, status, abilities or situation.
Gluttony – To have and consume more than you need.
Greed – the desire for material wealth or gain
Lust – inordinate craving of bodily pleasures.
Pride – Excessive belief in one’s own abilities.
Sloth – to avoid work.
Wrath – anger that spurns love and opt for fury.

Now it isn’t all bad. There is also a list of seven virtues too. That old ying yang thing ya know!

I believe we can find evidence within ourselves of each of those sins and each of those virtues. That might require humility. Ah, oh.

I read a book recently that suggested the following. “The health of the planet is affected by the health of every individual on it. As long as even two souls are locked in conflict, the whole of the world is contaminated by it” Elizabeth Gilbert

I thought about that and am still thinking about it.

Is it possible that the conflict that rages in each individual is contributing to the conflicts swirling around all of usl? And if that is possible, and I believe it is more than possible but real, how much more are the conflicts we have with others polluting our planet with more of those deadly sins.

Even those little moments, like when you realize someone has broken into your Tahoe and stolen your brand new iphone. If one were to harbor ill feelings for such a greedy, slothful, envious, gluttonous, lustful, proud and angry individual wouldn’t one be guilty of those same sins?

Now your thinking… but you can’t just let people take advantage of you! (please reread the virtue list)

I once had a teacher who asked if every time our babies cried for “attention” what would happen if we gave it to them? If every time we came home from work to hear the ramblings of teen-agers and we listened to them? If every time our spouse sought peaceful silence we were actually quiet what would be the result? Initially, the students said you would have a society of spoiled babies, indulgent teen-agers and non- communicative relationships. But after patient teaching and careful consideration this teacher opened our minds to the idea that love will never spoil, but only empower the individual.

So whatever your conflict, interior or exterior, let it go. Release it and discover the planet is spinning with or without you, but it would be so much nicer if we all were… nicer.