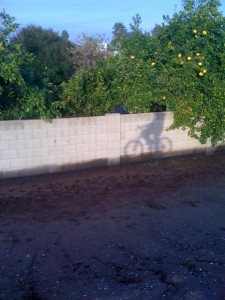 As I ride in the morning I often see this visually interesting shot. I want a crane to get the movement without the camera shadow. I think, movie? music video? documentary? hmmm. By the time I get to the park I pretty much have forgotten about the shot. After all by then I have moved on to movie ideas, the thought of falling into the canal, the scene re-write for the day, the man wearing a purple jogging suit (rather unattractive, shouldn’t someone tell him?) and all the little chores I am suppose to take care of that day. Day after day, except cloudy ones, I see the image again and I remember again and I begin again. That could be a great shot. The subtext. The rough gray wall, the shadow and movement. I arrive at the cement picnic table breathless because a.) I’m tired and b.) I see this. Blinded with the possibilities of this life, my life. Back on the bike. So much I want to learn and do and see. Chasing that shadow that is always a tad ahead of me. Keep pumping. Keep pumping. Keep pumping. 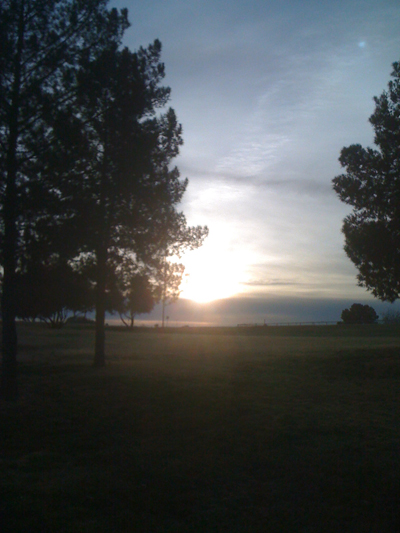