Many years ago I gave permission to someone I love to hate someone.

In my defense, the other individual, without knowing me at all, decided on first meeting that he did not care for me. From that moment on, at every opportunity, he discredited me. Now I know this because years later people told me what he had said about me. And because of his station in our society people willingly adopted his opinions. He gave them permission to hate.

In time and with shared experiences they discovered I was a decent human being after all. It was difficult to overcome and frankly still is.

I felt his animosity toward me. I felt it was unwarranted and so I chose to dislike him as well. I would utter derogatory comments at every chance encounter. Those around me were now influenced by my feelings and one day one of them told this man off, in public.

This brought me pleasure. 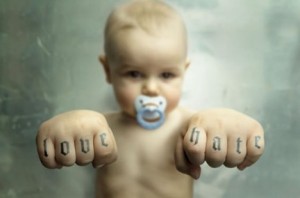 It starts there. Giving permission to others to hate. Our mutual hate superficially bonds us. Like a pack of animals hunting the weak and infirmed, until the pack turns on you because you have become the hunted.

It could end by choosing love instead, encouraging love and if not love, how about the benefit of the doubt and common courtesy. Granted, that takes more effort, but I believe it makes us more humane.